The NSVFA and Danko has determined that without your volunteer services provided across this great state; communities and areas which you serve would be without much needed emergency services.  Therefore, it has been determined that recognition for services which you provide be recognized.  Awards consisting of checks and/or plaques will be presented during the opening ceremonies of the Nebraska State Fire School, Friday, May 20, 2022, at the Heartland Event Center in Grand Island, NE. 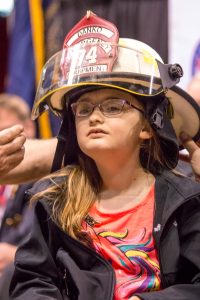 To be eligible for these awards, membership in the NSVFA must have been paid no later than December 31, 2021, with the exception of the Heroism awards, which are open to all firefighters within the State of Nebraska.

Letters of nomination for the Firemanship, Heroism and Browning Memorial Awards should be mailed to the NSVFA Special Recognition Committee Chairperson postmarked no later than March 26, 2022.